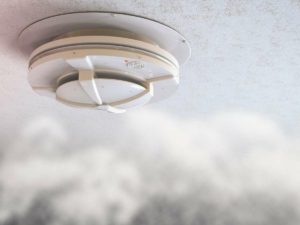 If you didn’t already know, the two most commonly recognized smoke detector types are ionization smoke detection and photoelectric smoke detection.  Oh, and just an FYI, do not confuse “photoelectric” with “photochemical” as I did.  They are not the same.  The latter is the technology used in Carbon Monoxide (CO) detectors… which I’ll save for another post.

So, Ionization vs Photoelectric, which smoke detector types are right for me?  Is there really a difference?

To answer the first question, it depends.  To answer the second question, yes there really is.  Here’s the truth, you can ask 10 different people and get 10 different opinions.  From my seat, I think response time is the ultimate qualifier.  While both respond to fire in relatively short order, it’s the smoldering fire (no flame) that is the deciding factor for me.  Most people know that the #1 killer of fires is smoke inhalation, not the flames.  So wouldn’t we err on the side of caution and go with the technology that detects smoke the fastest?  The simple answer, yes, of course, we would.  And for that reason, photoelectric should be the clear winner.  However, it is important to acknowledge that not all fires are smoldering fires.  So, with that consideration, a device comprising both technologies would be the absolute winner.

Now, just like everything else that is good for us, there is a cost associated with the different technologies.  Photoelectric is more expensive than ionization, and combination units are more expensive than all others.  Ultimately, cost should be the least of your concerns when outfitting your home with smoke detection devices.  For me and my loved ones, combination units are the ones going in my home.

Hate reading? Check out this 5-minute video demonstrating the different smoke detector types.  It may just save your life! 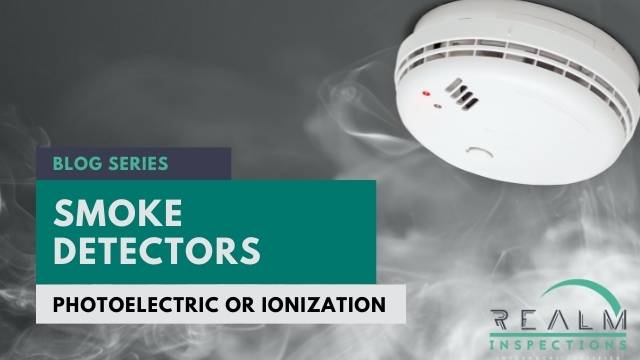 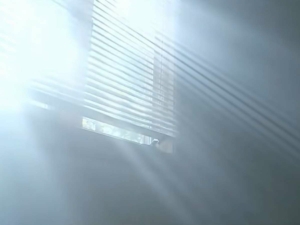 The most common smoke detector types (usually due to cost) are Ionization smoke alarms.  These are generally more responsive to fires with visible flames or environments heavily saturated with smoke.
How they work: Ionization-type smoke alarms have a small amount of radioactive material between two electrically charged plates.  These plates ionize the air and cause current to flow between the plates. When smoke enters the chamber, it disrupts the flow of ions, thus reducing the flow of current and activating the alarm. Download this chart on ionization smoke alarms. 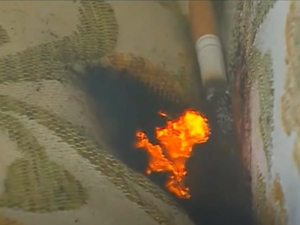 Photoelectric smoke alarms are generally more responsive to fires that begin with a long period of smoldering (called “smoldering fires”).  Think of a cigarette that may not have been fully extinguished and dumped in the trash.  Another example is that of an overheating appliance that doesn’t actually burn but smokes before a flame is present.

How they work: Photoelectric-type alarms aim a light source into a sensing chamber at an angle away from the sensor. Smoke enters the chamber, reflects the light onto the sensor, thus triggering the alarm. Download this chart on photoelectric smoke alarms.

The U.S. Fire Administration (USFA) is aware that there is a controversy about smoke detector types and which is most appropriate to protect people in their homes.

The body of scientific knowledge about fire, smoke, and smoke detection has developed over many years and is quite extensive. The USFA has either fully or partially funded a number of research efforts.  These include a recent study by the National Institute of Standards and Technology’s (NIST) Center for Fire Research. Other contributors to this data include the Consumer Product Safety Commission (CPSC), the National Fire Protection Association, Underwriters Laboratories, the Home Fire Safety Council, the Residential Fire Safety Institute, the Home Fire Sprinkler Coalition, and distinguished academics with expertise in smoke alarm and sensor technology.

The body of research reflects the following:

Based on this information, the USFA provides guidance to the public and to state and local legislative bodies.  Either body may be grappling with the issue of determining which smoke detector types to select for residential use.  Their guidance includes:

To wrap this up

For each of the smoke detector types, the advantage they provide may be critical to life safety in some fire situations.  Fatal home fires, day or night, include a large number of smoldering fires and a large number of flaming fires. You cannot predict the type of fire you may have in your home or when it will occur. Any smoke alarm technology, to be acceptable, must perform for both types of fires in order to provide sufficient warning. Regardless of the type of fire, for all times of the day or night, and whether you are asleep or awake.
For the best protection, use both types of smoke alarm technologies.