AFCI, how do they work?

AFCI function by monitoring the electrical waveform and promptly opening (interrupting) the circuit they serve if they detect changes in the wave pattern characteristic of a dangerous arc. They also must be capable of distinguishing safe, typical arcs, such as those created when a switch is turned on or a plug is pulled from a receptacle from arcs that can cause fires. An AFCI can detect, recognize, and respond to very small changes in wave patterns.

What is an arc? 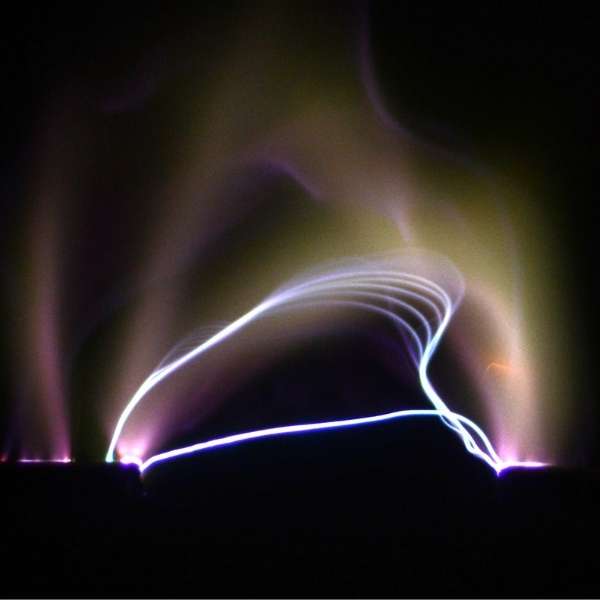 When an electric current crosses an air gap from an energized component to a grounded component, it produces a glowing plasma discharge known as an arc. For example, a lightning bolt is a huge, powerful arc that crosses an atmospheric gap from an electrically charged cloud to the ground or another cloud. Just as lightning can cause fires, arcs produced by domestic wiring can produce high levels of heat that can ignite their surroundings and lead to structure fires.  According to statistics from the National Fire Protection Agency for 2005, electrical fires damaged approximately 20,900 homes, killed 500 people, and cost $862 million in property damage. Although short circuits and overloads account for many of these fires, arcs are mainly responsible and undetectable by traditional (non-AFCI) circuit breakers.

Where are arcs likely to form?

Arcs can form where wires are improperly installed or when insulation becomes damaged. In older homes, wire insulation crystallizes as it ages, becoming brittle and prone to cracking and chipping. Damaged insulation exposes the current-carrying wire to its surroundings, increasing the chances that an arc may occur.  Situations in which arcs may be created:

Where are AFCI devices required?

Locations in which AFCIs are required depend on the building codes adopted by their jurisdiction.
The 2018 International Residential Code (IRC) requires that AFCIs be installed in the following manner:
E3902.16 – Locations

Home inspectors refrain from quoting exact codes in their reports. A plaintiff’s attorney might suggest that code quotation means that the inspector was performing a code inspection and is responsible for identifying all code violations in the home. Some jurisdictions do not yet require their implementation in locations where they can be helpful.

What types of AFCI devices are available? 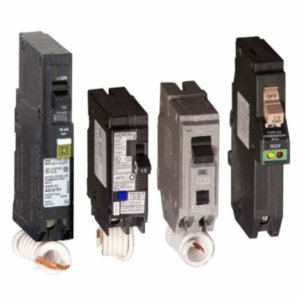 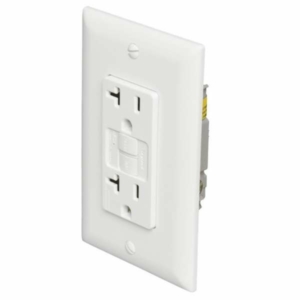 An AFCI might activate in situations that are not dangerous and create needless power shortages. This can be particularly annoying when an AFCI stalls power to a freezer or refrigerator, allowing its contents to spoil. There are a few procedures an electrical contractor can perform to reduce potential “nuisance tripping,” such as:

It is important to distinguish AFCI devices from Ground Fault Circuit Interrupter (GFCI) devices. GFCIs detect ground faults when current leaks from a hot (ungrounded) conductor to a grounded object due to a short circuit. 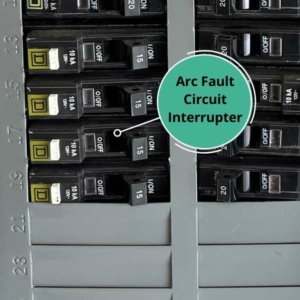 This situation can be hazardous when a person unintentionally becomes the current’s path to the ground. GFCIs function by constantly monitoring the current flow between hot and neutral (grounding) conductors and activate when they sense a difference of 5 milliamps or more. Thus, the GFCIs prevent personal injury due to electric shock, while AFCIs prevent personal injury and property damage due to structure fires.

In summary, AFCIs detect small arcs of electricity, shut down the circuit, and prevent fires or bodily harm.

Crawlspace EncapsulationSmoke Detector Types, Which One to Use?
Scroll to top