“Dead valleys”, sound ominous, don’t they?  Well, when it comes to your roof, dead valleys are kind of subjective.  I will try to explain my perspective.  One thing to keep in mind is that I don’t call out dead valleys as a deficiency in a home inspection report.  Why?  Simply stated, a dead valley is a design element that originates with the designer or architect.  The inclusion of dead valleys is in part due to complex rooflines and layouts of the floorplans of the home.

What is a dead valley? 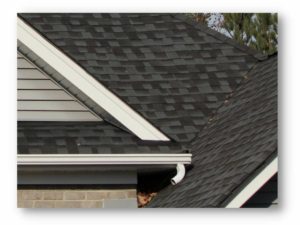 You keep using these words, so what the heck do they mean?  A dead valley, as mentioned above, is a design element of the roof on a home.  It is where two or more roof planes or roof planes and sidewalls converge in such a way that they concentrate water runoff to a small area.  Think of them as a funnel.  You will typically see them collecting debris on a roof surrounded by trees.  You may also notice a deluge of water pouring off your roof at the base of one of these valleys during a storm.

What’s the problem with a dead valley? 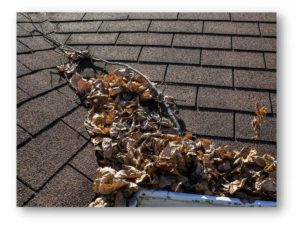 What’s bad about a dead valley?  The most obvious is the collection of debris.  Trees shed their leaves, twigs, pollen husks, nuts, acorns, amongst other things.  In a perfect world, the rain will wash the debris off the roof.  However, the dead valley will create a bottleneck that traps the debris.  An unfortunate consequence of all that debris is it will hold water against the covering.  Water is a highly destructive compound, after all, it’s one of the most abundant solvents on the planet and it falls from the sky.  If all that wet debris sits on the roof it gradually deteriorates the shingles shortening its useful life.  Your 25-year roof could easily be shortened to a 10-year roof if debris is allowed to collect and sit for extended periods of time.

A less obvious consequence of a dead valley has to do with how it was built.  Imagine a torrent of water from a severe thunderstorm hitting your roof.  All of that water is forced to a single point where it collects before it goes over the edge.  Modern advances in technology and materials have brought a ton of benefits to the construction trade.  But it wasn’t always so.  Older homes don’t benefit from the new.  The main objective for a roof is to keep water out of the home.  The roof system is a complex component with many layers.  Those layers include the sheathing, underlayment, flashings, ice and water shield membranes, and ultimately the covering whether it be asphalt shingle, metal, or clay tile.  Installing any of those layers improperly or in an insufficient amount will result in a dead valley failing to keep water out.  New construction inspections confirm dead valleys are properly built.  Check out our New Construction inspection offerings and others here.

Not all problems occur on the roof.  Think about all that water coming down in high volume at a high rate of speed.  What do you think that is going to do to the objects below?  If you have a lot of flatwork (concrete) around the point of impact, you could be okay, but watch for splash-back.  Especially if you have less than durable siding materials or gaps in seals on windows and doors.  What if all you have is landscaping?  Well, it’s a safe bet that any new plants will likely drown, or if no vegetation is present, you could end up with one heck of a divot.

Water at the foundation

A consequence of erosion and excessive moisture that is that close to the home could result in foundation issues.  Water doesn’t just erode the soil on the surface, it moves soil under the surface including around your foundation.  Soil movement around the foundation results in differential settlement.  That means one part of the ground moves more than the other.  The concrete in your foundation handles only so much stress before something gives.  Another concern, Hydrostatic pressure, pushes on the exterior of the foundation wall creating a bow which destabilizes the wall.

What can I do about a dead valley? 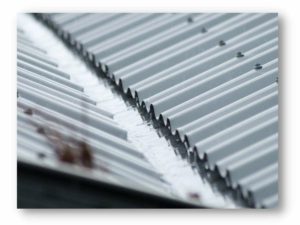 Aside from being on the design team when the plans were drafted for your home, not much.  You will want to develop a maintenance routine to keep the debris from building up.  Also, make sure that you have a way to get the water away from the foundation.  This comes in many forms including gutters, downspouts, diverter heads, weep systems, drainage tile, etc.  Splash blocks are a nice sentiment but they really aren’t that effective.  The generally accepted rule is to get water to discharge a minimum of 4 feet from the foundation wall.  I personally like to see at least 6 feet.  In this case, more is definitely better.  When it comes to a dead valley on your roof, the vigilant prevail.